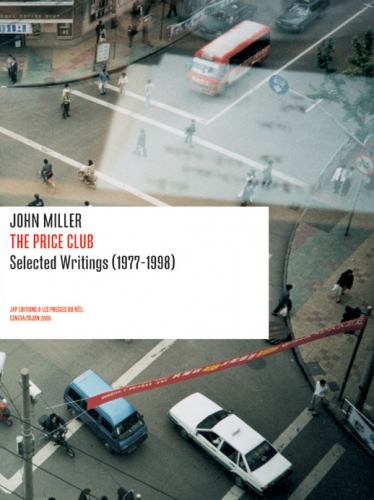 A critical analysis of post-war practice and theory

For Miller, the issue of the production/reception of a work of art is a genuine dialectic. He argues that the artist has no choice but to address socio-political questions and the ideological apparatuses linked to the production of cultural "artefacts." To (re)conceive these dimensions of art making Miller also confronts a broad theoretical corpus. From "polemical" pieces to extensive theoretical essays through studies on Ed Ruscha, Bruce Nauman, Richard Artschwager, and John Baldessari, the texts collected here respond to the ongoing collision of aesthetics and exchange value.

"… Miller is an erudite and sophisticated analyst and reporter of the most complex post-war thought … " –Liam Gillick, Art Monthly (September 2001)

John Miller is an artist and a writer based in New York. In 1987 he became the US Editor for Artscribe; in 1991 he founded Acme Journal. For the past two decades, he has written intensively and published texts in Artforum, October and Texte zur Kunst, as well as in numerous museum publications. He has taught art at Columbia University, the School of Visual Art in New York, Yale University, and Cooper Union.

The book is part of the Positions series, co-published with Les Presses du réel and dedicated to artists' writings.