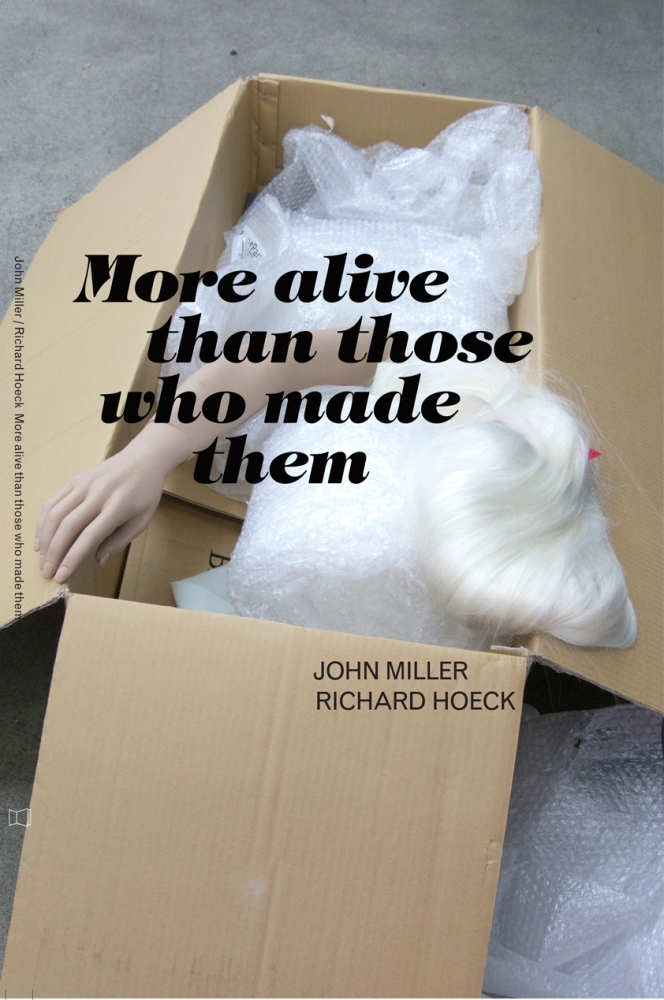 More Alive Than Those Who Made Them

WhiteWalls / The University of Chicago Press

This book brings together for the first time an influential series of sculptures made with department store mannequins that American artist and writer John Miller created, often in collaboration with Austrian artist Richard Hoeck. The book is built around beautifully reproduced full-page photographs of all the mannequin works, which were widely praised when first exhibited and have proved enduringly influential since. Rounding out the book is a revealing interview with Miller by curator and critic Bob Nickas, a longtime friend of Miller.

"Since the late 1980s, John Miller has developed a type of ‘mannequin art’ that is shrewd, intelligent, disarming, and subversive – and which comprises one of the most important advances in conceptually-driven sculpture in the past 25 years. Strategically theatrical, his store-bought surrogates effectively unhinge the display rhetoric of public and private gallery spaces even as they haunt us with their deadpan and unsettling absurdity." ~ Ralph Rugoff, Director, Hayward Gallery