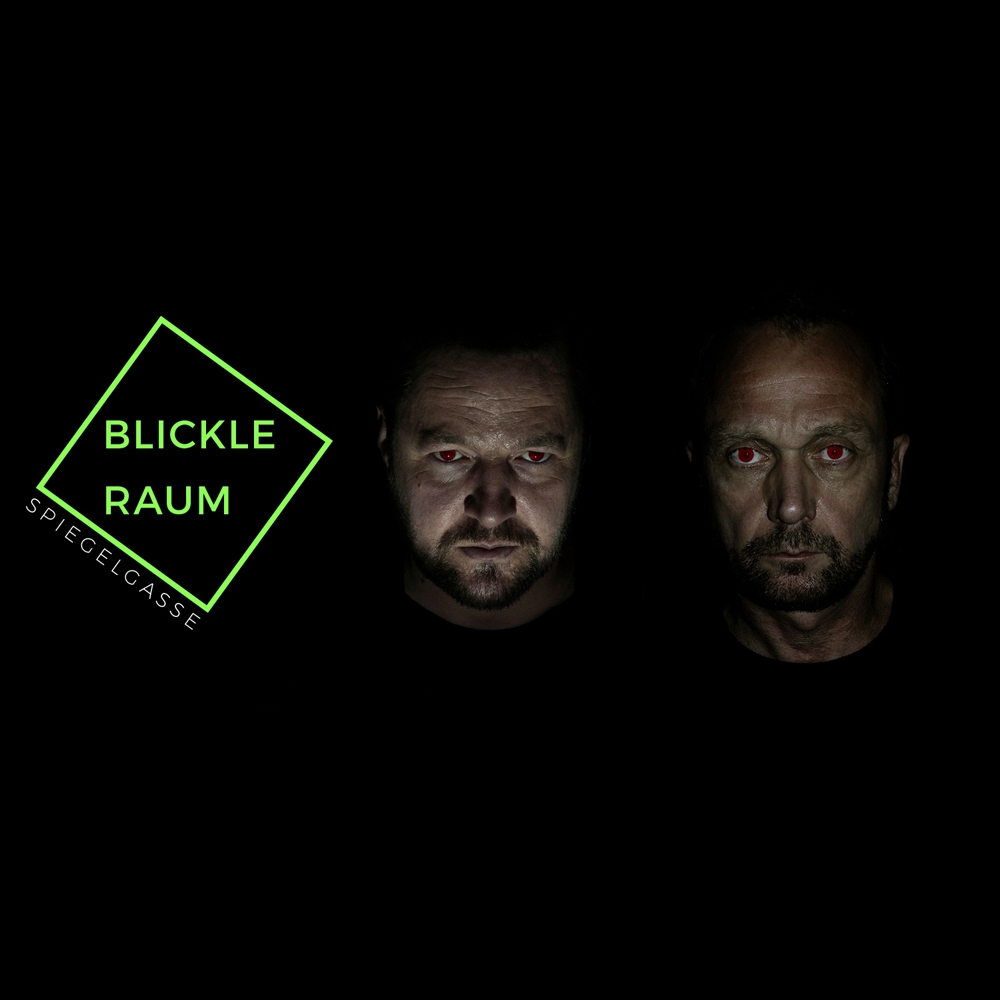 Neons, foils, a monitor and two flat-screens with video-works, the exhibition space immersed in virulent green light. Originally made for the Istanbul Biennial, the structural video-piece from 1997 displayed on an old monitor shows the color green shifting through its whole spectrum. Every 14 seconds it is interspersed by the flickering portrait of the two artists staring with red eyes at the audience.

Almost 20 years later both have aged considerably as can be seen in the other two videos that are also part of the installation that oscillates between meditative and nerve-racking. But the ephemerality of bodies and images that here presents itself as reversibel and mirage-like, is just one possible reading. The soundtrack, recorded people singing the standard pitch A, generates an uncanny drone vaguely evocative of a muezzin calling to prayer. Therefore the most recent iteration of the installation Richard Hoeck / Heimo Zobernig might tell a story about fleeting time made visible but even more so about the rapidly shifting historical context of our world today: From the greenscreen to fake news and to the fear of the other within ourselves.

The installation will be up until the 19th of October, by appointment only.