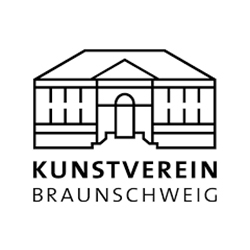 The New York Scholarship is awarded by the state of Lower Saxony and the Niedersächsische Sparkassenstiftung to outstanding artists from Lower Saxony. The exhibition will be accompanied by a catalog presented by Lisa Seebach at the Kunstverein Braunschweig on April 24, 2019, 7 pm.

In her sculptures and installations, Lisa Seebach succeeds in translating the factual into fragile constructions of lines, masses, and weights. Seebach draws lines in space with black steel rods, which – despite their delicateness – manage to support bulky ceramic forms. In these static yet bold constructions, the artist contrasts the properties of her materials. Her ceramics appear massive and solid despite their fragility, while also depending on the fine metal rods to help them float. This hard-won balance between hanging and supporting, gravity and flotation, constantly seems on the verge of collapse. The human figure in Lisa

Seebach’s settings is not visible per se, but nevertheless palpable: as a measure of proportion and as a counterpart, but also as the starting point for her sensitive appreciation

of situations and atmospheres.

(2017), Cologne’s Friedrich-Vordemberge grant and the Gustav-Weidanz-Prize for Sculpture (both 2016). The exhibition of Lisa Seebach’s works has been developed in collaboration with the Kunstverein Kunsthalle Lingen and focuses on works inspired by the artist’s twelve-month