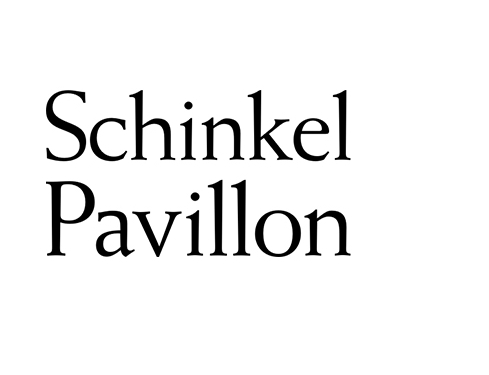 John Miller
An Elixir of Immortality

New opening hours:
Saturdays and Sundays 11 am to 7 pm

An Elixir of Immortality at Schinkel Pavillon, Berlin is a comprehensive solo exhibition of works by the internationally acclaimed artist, critic, and musician John Miller (b. 1954, Cleveland, Ohio). The show covers Miller’s output from the 1980s to the present, demonstrating his astute, witty, and at times poignant commentary on the notions of identity, figuration, economics, social class, and value of art.

Shortly after graduating from the California Institute of the Arts in 1979, Miller began exploring artistic strategies outside the prevailing Conceptual-Minimalist paradigm – while referencing and subverting it. He questioned the artwork’s autonomy by soaking Abstract Expressionism in skepticism and tearing down the myth of artistic genius, often in uncompromising, yet humorous ways: with his pseudo social-realist paintings, Middle of the Day photographs, collages, reliefs, and sculptures covered in faeces-like brown impasto or gold.

An Elixir of Immortality surveys Miller’s primary artistic approaches while attempting to convey his rejection of a consistent mark along with the compelling awkwardness of his practice. At the outset, the exhibition introduces the artist’s preoccupation with Freudian theory via his ironic signature style, namely ‘John Miller brown’ - sculptures and paintings. Various banal objects and visual representations of commodity fetishes smudged in faecal mess point towards a psychological link between infants’ interest in faeces as something of value and adults’ fascination with money and gold. From the brown ‘NO’ carpet on the floor inspired by an infant’s refusal to toilet train; through My Friend (1980), Miller’s first mannequin work; to his encrusted brown reliefs, the exhibition traces the artist’s scatological inquiry into aesthetic sublimation and value systems.

Gold is Miller’s second most frequently used colour. It makes a modest debut in the 1986 canvas Prestation (1986) and erupts fully in the dazzling, yet tragi-comic, installation Mourning for a World of Rubbish (2020), on the Schinkel Pavillon’s upper level. This new rendition of Miller’s large-scale ruin works consists of assorted architectural fragments, including what looks like a fragment from the granite bowl in Berlin’s Lustgarten. The Lustgarten bowl, commissioned by Kaiser Friedrich Wilhelm III in 1828, was based on Nero’s Golden House Bowl in Rome. It became a symbol of German identity and, for that reason, Adolf Hitler appropriated it as a backdrop for many of his speeches. Displayed on a red carpet, Miller’s Mourning for a World of Rubbish is both passive-aggressively decorative and critically incisive. Covered with debris and ‘trashy’ fake gold leaf, the ruin calls the self-image of the Western world into question. Four untitled paintings surround the installation. Two of these (1984 and 1985) are part of a series in which Miller effectively appropriated everyday images as generic subjects, not by reproducing existing sources but rather by second-guessing the viewer’s expectations. The other two (from 1987) stem from his interest in creating fake American social realist works. Miller’s ‘ordinary’ or normative paintings: the civil rights sit-in, the soft porn scene, the coquettish looking nun, the devilish Batman with an erected penis, together with Mourning for a World of Rubbish become an ostentatious display of the potential decay of values of freedom,equality, politics, economics, and religion.

This exhibition also features Miller’s persistent investigation into the division between private and public spheres in everyday life, focused especially on the peripheries of these spheres. The Middle of the Day (1996-present) photographic series, Power Point short film works and the reality-tv paintings Everything is Said (2009-present) show the intensity of human emotions poured into fictionalised and profane places, often as entertainment for the masses; or the opposite – the obscurity of what may be most proximate and most intimate. An Elixir of Immortality is a long-overdue Berlin survey of Miller’s work. It manifests his aesthetic eclecticism as well as his abiding interest in his immediate surroundings. Such a combination informs his choice of accessible and engaging subjects and continues to influence young generations of artists in Germany, the United States, and elsewhere.