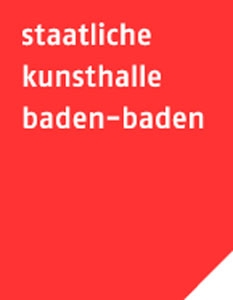 While alive artists are the sole creative authority in regard to their body of work and often determine how it is perceived. But what happens when an artist dies at a young age, leaving behind the idea of an unfinished work? In this case, other factors determine the continued existence of the artist’s oeuvre, especially within the tensions that arise from an early death. External forces are at play, and they dictate different kinds of success stories. The exhibition After An Early Death at the Staatliche Kunsthalle Baden-Baden presents numerous case examples from the spectrum of posthumous strategies applied to an artist’s body of work over the last one hundred years.

A modern prototype of the suffering artist is Vincent van Gogh, who barely sold a painting during his lifetime, a popular and often-repeated fact. His life, which he ended in July 1890 with a self-inflicted bullet wound to the chest, has meanwhile assumed an emblematic dimension. Since his death the demand for his work has increased steadily, and thus so have the grounds for attempting to understand a life that has come to be viewed as an ideal myth of the artist. The works of van Gogh are not only shown in museums but his motifs are also available in many museum shops: as decorating knick-knacks like mugs, umbrellas, or calendars. They are typical of the marketing of an artist’s oeuvre after an early death.

As we argue, with van Gogh a pattern has become established in which the works of an artist are stylized in a specific manner after his or her death. The different strategic means of cultivating and perpetrating the myth of the artistic persona and of promoting an incomplete body of work is demonstrated through the artists selected for this exhibition.

The cult of the artistic genius is a phenomenon that often influences how the art market, and the secondary art market in particular, responds to an artist’s work. The importance of the work of female artists such as Eva Hesse and Ana Mendieta is being celebrated more frequently institutional exhibitions. Equally significant is the role played by the media, which addresses a broad public. Due to media exposure, artists like Christoph Schlingensief and Dash Snow became dazzling public figures, who made provocative gestures in the context of their work. Especially after their death, such artists tend to be portrayed by the media with an unaltered, uniform public image. The death of the Dutch artist Bas Jan Ader is shrouded in mystery. In conjunction with his performance In Search of the Miraculous he disappeared into the ocean. He was initially celebrated as an artist’s artist.

Ader and many others, including Gerhard von Graevenitz, Michel Majerus, and Francesca Woodman, will reflect the notion of the incomplete work in various ways. The aesthetic appeal of the works is juxtaposed with the impact of a critical biography, the manner in which works were perceived, and the conditions surrounding the premature death of the artist. Unlike in a museum, where one often does not reflect on these circumstances, the sometimes highly contemporary nature of the works exhibited in the exhibition conveys a sense of tragedy. Also addressed in the exhibition is how a public institution such as the Staatliche Kunsthalle Baden-Baden is a part of the chain of value creation for an artist’s body of work.