Meliksetian | Briggs is pleased to present Who Am I?, What Am I?, Where Am I?,  a series of photo works by New York/Berlin based artist, Aura Rosenberg.

Who Am I? What Am I? Where Am I? is an ongoing, series of collaborative portraits of children.  Currently, over eighty artists have taken part.  From these, Rosenberg selected five images, from collaborations with John Baldessari, Mike Kelley, Sam Lewitt, Laurie Simmons, and Christopher Williams, to print as large-scale works.

The idea for the project came after Rosenberg brought face paints to her daughter’s kindergarten in Berlin.  Their teacher painted the children’s faces and Rosenberg photographed them, exhibiting the work at the Kunstlerhaus Bethanien.  Rosenberg was aware that this popular childhood activity, as a staple of elementary school fairs and the like, would be considered a debased form of painting. This led her to invite other artists to make paintings on children’s faces to see whether this bias would still hold.   However, as Rosenberg states “of course, not everyone wanted to use paint and so the series became more diverse overall”, reflecting the collaborating artists’ individual practice.  These works became collaborations between the child, the artist and Rosenberg.

As artist, writer and collaborator Nicolás Guagnini suggests, Rosenberg “is flirting with with a taboo: transgression in the family with our children…people instrumentalized by images: totem and taboo”.  The project included collaborations with artists such as Dan Graham, Lawrence Weiner, Haim Steinbach, Lyle Ashton Harris, Louise Lawler, John Miller, Jim Shaw, and Marilyn Minter among many others.

For this exhibition, Rosenberg re-contextualizes the work by altering its scale.  The larger than life-size approach was inspired by Valentin Rothmaler, an artist curator who suggested that Rosenberg  hang her photographs as banners from the rafters at a church in Lübeck, Germany in 2014. As such, the portraits became more iconic.

A monograph on the project Who Am I? What Am I? Where Am I? is available and is published by Hatje Cantz. 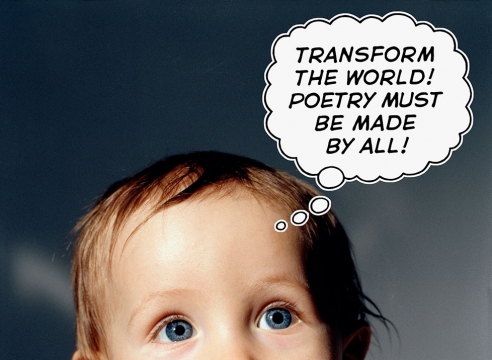 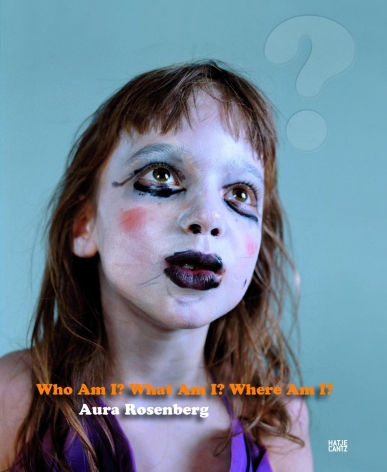 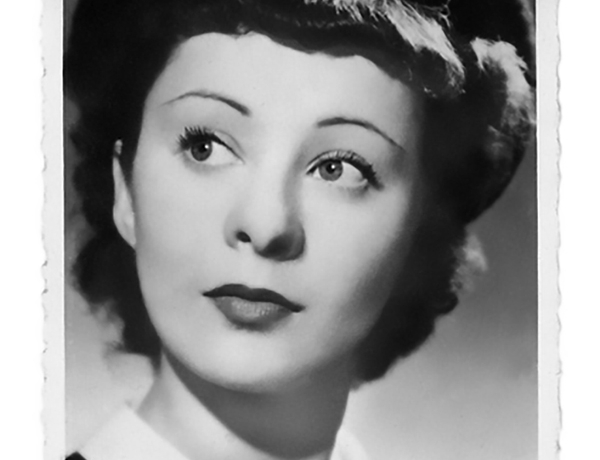 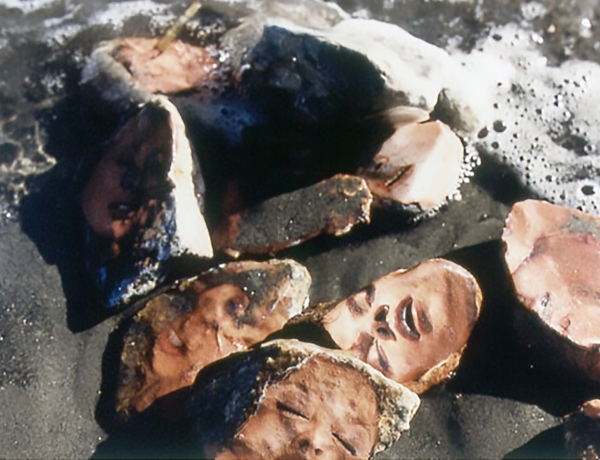 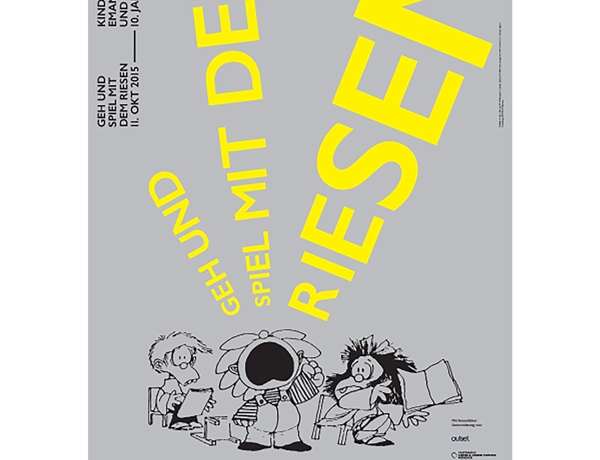 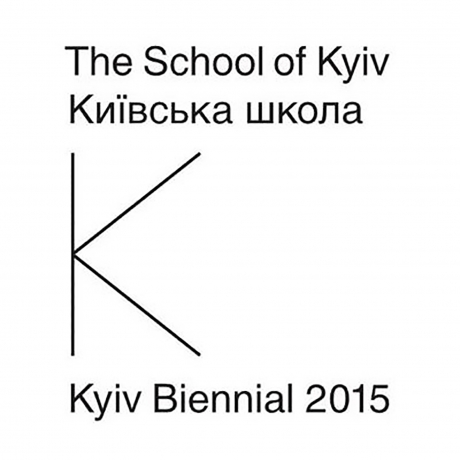 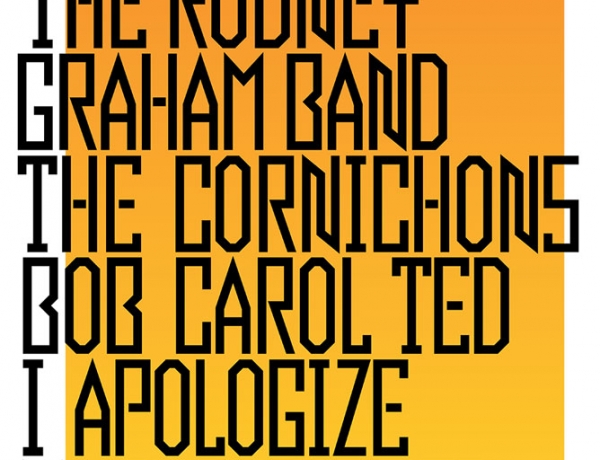 In concert at the Palazzo Grassi, Venice, Italy, Friday May 8th 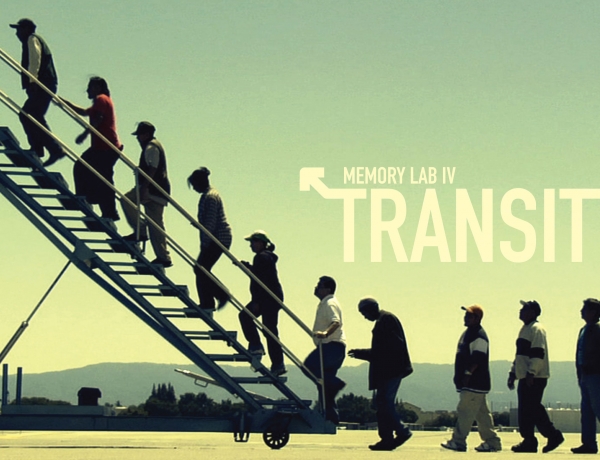 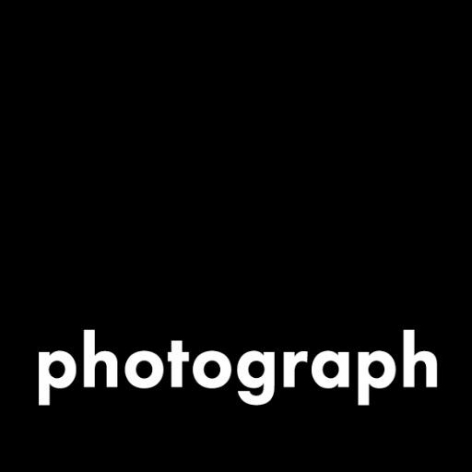 Catherine Wagley reviews Aura Rosenberg's exhibition Who Am I? What Am I? Where Am I? at Meliksetian | Briggs in Photograph magazine. 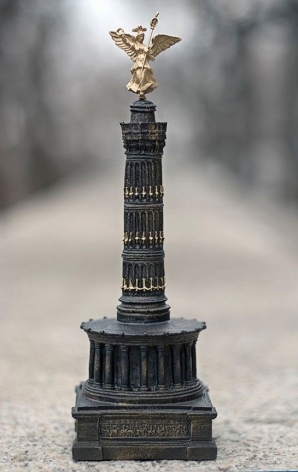 Aura Rosenberg talks about "the Missing Souvenir" and her project Berlin Childhood in This Long Century. 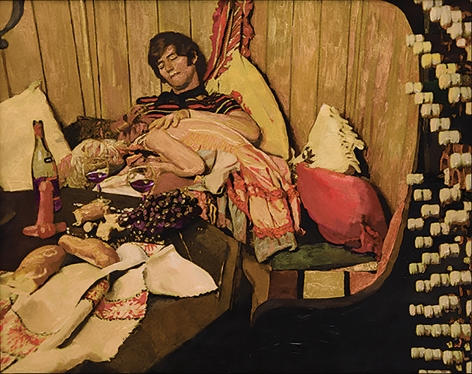 ArtNews includes Aura Rosenberg's paintings in their round up of the Independant New York art fair. 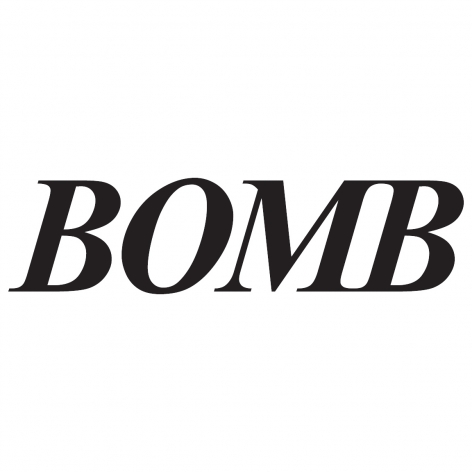 Aura Rosenberg discusses the evolution of her work in Artforum.